In 1791, an Italian physician and physicist called Luigi Galvani first discovered that muscles twitched when struck by an electrical spark (Figure 1). This developed into the study of bioelectricity, a field that studies the electrical patterns and signals of the nervous system. However, the use of this technology has only been the subject of research in SCI since the late Sixties. The major focus of SCI research has been bladder control and functional movement. 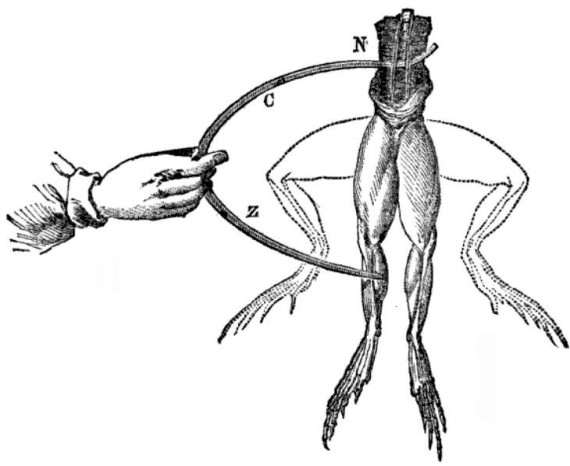 Function Electrical Stimulation, or FES, is a technique used to produce contractions in paralysed muscles by the application of small pulses of electrical stimulation to the nerves that supply the paralysed muscle. The stimulation, delivered via non-invasive electrodes, is controlled in such a way that the movement produced provides useful function. As such, FES can be used as a means of producing functional movements for therapeutic benefit in activities such as standing, walking, cycling and rowing. ﻿

Here in the UK, a team from University College London (UCL) has developed a more sophisticated form of FES-cycling that uses a greater number of muscles. In this system, electrodes are placed on the skin over five lower limb muscle groups; gluteal (buttock), quadriceps (front of thigh), hamstrings (back of thigh), gastrocnemius (calf) and anterior tibial (shin) muscles. These muscle groups are stimulated sequentially enabling the legs to turn the cycle pedals. The stimulator used in this system has been programmed to use the position and speed of the pedals to produce the correct type and pattern of stimulation.﻿ 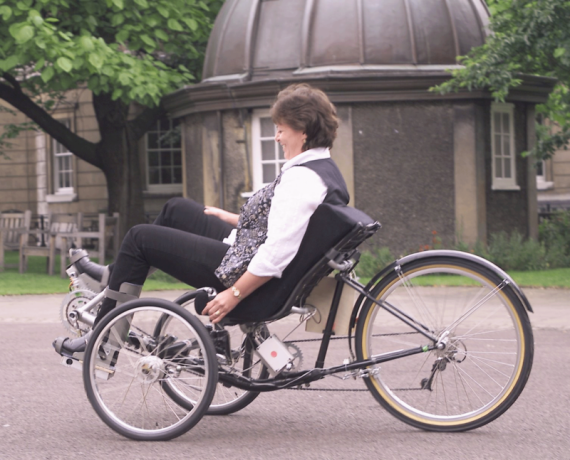 The first UK volunteer to use the UCL system was Julie Hill. Uniquely, the FES system the UCL system employs, uses electrodes implanted on the nerve roots rather than the more conventional placement of skin surface electrodes. The advantage of nerve root placement is that it considerably reduces the time-consuming attachment and removal of surface electrodes. Julie had her implant in 1994 and first FES cycled in 1997.

FES rowing combines voluntary upper body exercise with electrically stimulated lower body exercise. This enables a person with SCI to row in a similar way to a non-injured rower using both arms and legs. This has been made possible with an FES rowing device which was developed at Brunel University London, and adapted by the engineering charity DEMAND (See Useful Links). 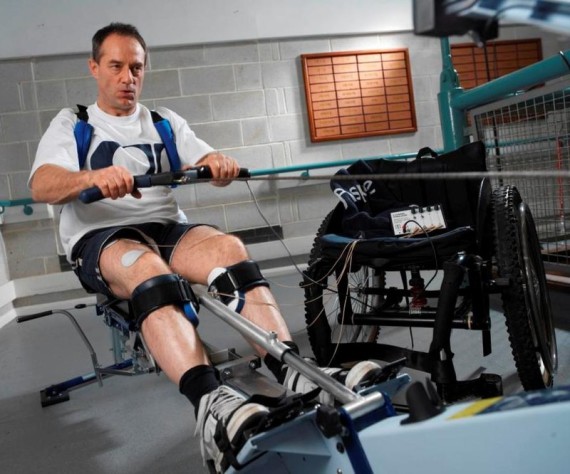 The present FES rowing prototypes, adapted by the engineering charity DEMAND (see Useful Links), can only be used in research studies under university ethics committee approval for participant protection and liability cover. Although this device is not commercially available, a CE marked FES rower is under development. In addition, a low cost home-based device is in the process of being developed.﻿

Return to What is FES?