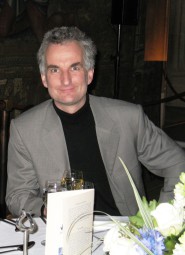 Simon has been working at the London Regatta Centre for the past 12 years. He established an adaptive rowing programme in 2000 to help individuals with a range of disabilities engage in the sport of rowing. In 2003 Simon became head coach for the Great Britain Adaptive Rowing Team where he coached athletes to medal performances at 4 consecutive World Rowing Championships. Before retiring, Simon took up a role on the World Rowing Federation (FISA) International Adaptive Rowing Commission. Simon regularly lectures worldwide on behalf of FISA on Paralympic Rowing related subjects. He has also served as an International Technical Officer at the Beijing and London Paralympic Games. His particular interest is to take FES rowing technology from land based rowing machines, to on-water rowing.﻿﻿